Yea! We made it to Portland!

It was a smooth ride so far. Portland’s Union Station was a little different from Seattle’s station. A little dark and gloomy but getting our baggage was at least quick and easy.

We decided to forgo getting a taxi and walked 12-15 minutes to our hotel. It wasn’t too far of a walk but just like any big city, Portland has a few sketchy spots around the transportation centers. So we walked as quick as we could with our overstuffed backpacks.

By the time we reached our hotel we were ready for a nap. My husband made a point and said if we took a nap we probably wouldn’t leave the room to go out again. So off we went in search of the hotel’s dining hall for their complimentary drinks and snacks.

We were also able to have a beer and cider on the train.

My husband had a beer and I had a wine. Snacks consisted of veggies and dip, tortilla chips and all the fixings. The dining hall was loud. We headed out to find more food with a little quieter atmosphere. The bellhop at the door of our hotel suggested Huber’s Cafe.

Huber’s was a cute little restaurant contained within an “old Portland” bar dating to the 1890’s. It had what we needed and the staff was friendly and attentive. Their apple/blackberry cobbler was yummy! Part of the “loud” from the dining hall seemingly followed us to Huber’s as in the bachelor party or class reunion was seated next to us … again.

After we ate we finally headed back to the hotel room. Our son was happy he was able to go swimming in the pool. A hotel with a pool and hot tub was my husband’s request. He wanted a place to relax at the end of the day. There were two hot tubs here. He was happy.  It worked out great!

It was a wonderful end to an adventurous day.

Note: We were so busy looking around and carrying our bags that we didn’t get any pictures when we arrived in Portland. I just included some of the train pictures that my husband took with his phone. 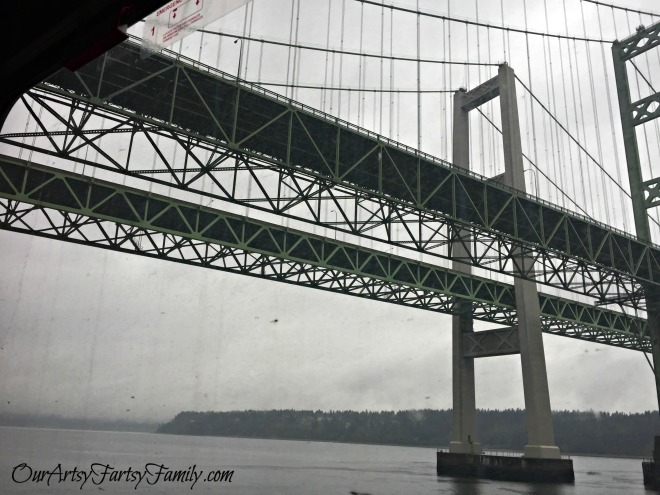 Recently listed some sets of colors and revenues. Take a peek. Link is in my bio. 😊 Have a beautiful Sunday!
Worked on some space stamps today. Making progress on getting my shop's listings up. 😊 Have a great rest of your weekend.
Some of the newest additions in my shop. Adding a little each day as time allows me to. Hope you all have a beautiful day!
Loading Comments...
%d bloggers like this: